Using of colloidal nanoparticles from noble metals (Ag, Au) and fluorescent semiconductor nanocrystals as contrast agents in optical microscopy are very promising for diagnostical applications in biology and medicine. 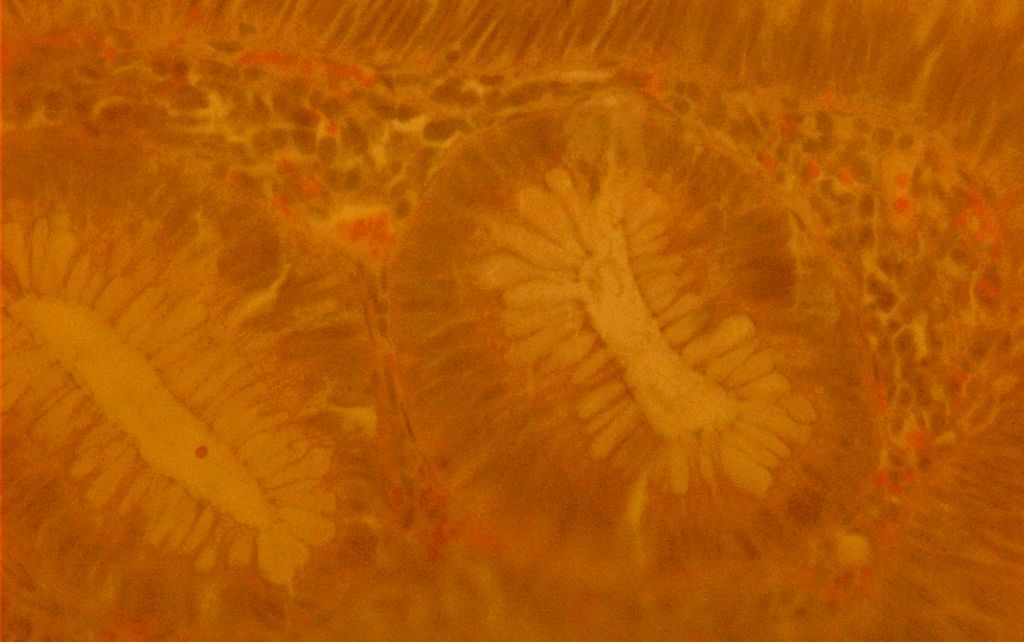 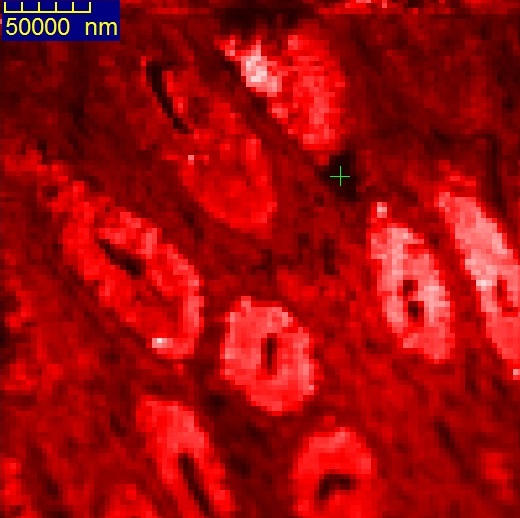 Our group developped SERS-active substrata on the base of vacuum-deposited island films from noble metals and has great experience in studies of biologically active molecules (coenzymes, alkaloids, drugs, etc.) using the methods of SERS spectroscopy.

The most prominent feature of the compounds referred to as molecular rotors is the significant fluorescence increase upon introduction into high viscosity media due to the decreased torsional relaxation in the molecule. Internal rotation of molecular groups or fragments is associated with intramolecular charge transfer process leading to transition from the fluorescent locally-excited (LE) state to the non-fluorescent twisted internal charge transfer (TICT) state.

We have found that Thioflavin T (ThT), widely used fluorescent probe for amyloid fibrils detection, exhibits fluorescent properties typical for molecular rotors. Detailed experimental investigations and quantum-chemical calculations of the ground and excited states of ThT allowed to reconstruct the dye photophysics. It was found that internal rotation of benzthiazole and dimethylaminobenzene fragments in the excited singlet state was related to intramolecular charge transfer process and formation of non-fluorescent TICT-state. It was suggested that the major factor determining the high quantum yield of the fibril-incorporated ThT is the steric restriction of the benzthiazole and aminobenzene rings rotation relative to each other.

Our group has vast experience in the field of time-resolved fluorescence spectroscopy. Set of programs for data analysis of fluorescence decay curves was developed on the base of Levenberg-Marquardt method for cases with a priori assumptions about decay law functional form (multiexponential decay, lifetime distributions, time-resolved FRET model) and without a priori assumptions (maximum entropy method). 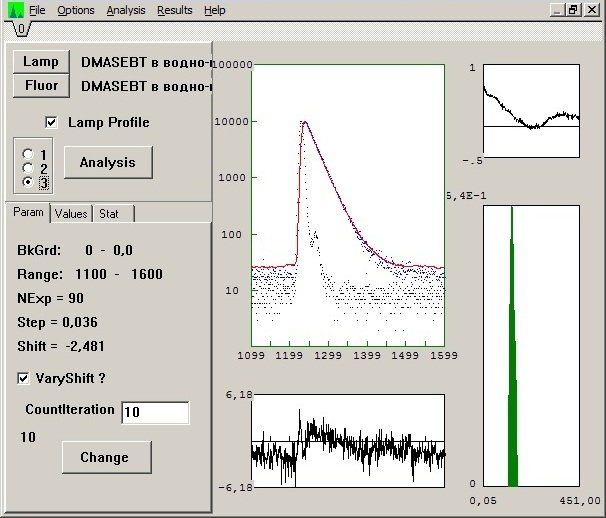 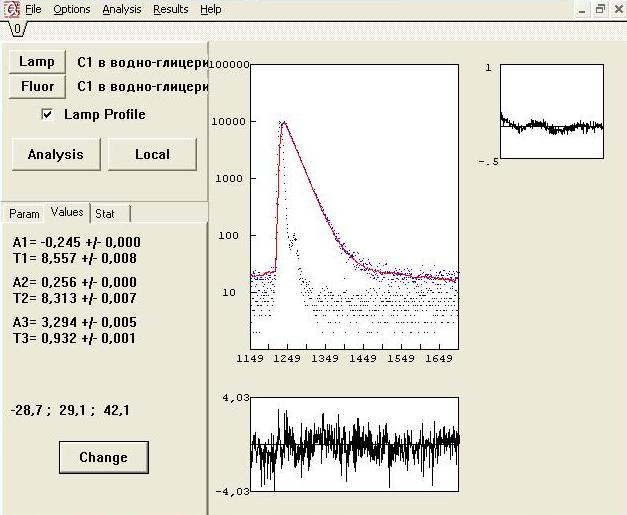